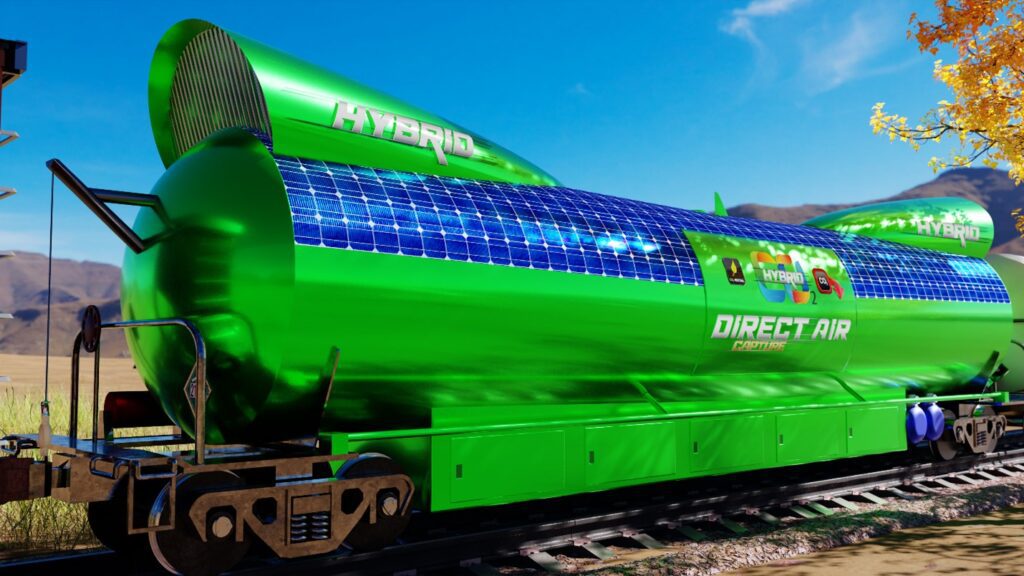 The train carriage technology is designed to capture air and then, through a chemical process, separate carbon dioxide.

What if rail systems around the world could be harnessed to help mitigate climate change and clean our air of CO2? It is a question that the founders of a US-based startup, CO2Rail Company, have been pondering for several years. Direct Air Capture (“DAC”) technology for removing carbon dioxide from the air with special machines and compressing it for utilization or permanent geological sequestration, promises to reduce overall CO2 concentrations in the atmosphere and help mitigate global climate change. The IPCC has reported that deep net-negative CO2 mitigation is almost certainly necessary to stay within 2°C of warming. However, despite its promise, the process of carbon removal straight from the air can be energy and land intensive and often very, very expensive.

CO2Rail and a world-renowned team hailing from University of Toronto, MIT, Princeton, University of Sheffield, business, and industry set their sights on designing DAC technology that used less energy, less land, and at a cost that the world could afford. Their plan was to operate DAC equipment within special rail cars placed with already running trains in regular service and take advantage of many synergies that integration within the global rail network would provide. Their effort is spotlighted on the cover and in a peer reviewed paper entitled “Rail-Based Direct Air Carbon Capture” published in the Future Energy section of the prestigious journal Joule released on July 20, 2022.

These DAC rail cars work by using large intakes that extend up into the slipstream of the moving train to move ambient air into the large cylindrical CO2 collection chamber and eliminate the need for energy-intensive fan systems that are necessary with stationary DAC operations. The air then moves through a chemical process that separates the CO2 from the air and the carbon dioxide free air then travels out of the back or underside of the car and returns to the atmosphere. After a sufficient amount has been captured, the chamber is closed and the harvested CO2 is collected, concentrated, and stored in a liquid reservoir until it can be emptied from the train at crew change or fueling stops into normal CO2 rail tank cars for direct transportation into the circular carbon economy as value-added feedstock or to nearby geological sequestration sites. Notably, each of these processes are powered exclusively by on-board generated, sustainable energy sources that require no external energy input or off-duty charging cycles.

When a train pumps the brakes, its energy braking system converts the entire train’s forward momentum into electrical energy in much the same way as an electric vehicle. Currently, this energy is dissipated on trains in the form of heat and discharged out of the top of the locomotive during every braking maneuver. The energy, suggests E. Bachman of CO2Rail, should be captured, stored, and used for productive purposes. “For many decades, this enormous amount of sustainable energy has been completely wasted,” says Bachman. “On average, each complete braking maneuver generates enough energy to power 20 average homes for an entire day so it is not a trivial amount of energy. Multiply this by every stop or deceleration for nearly every train in the world and you have about 105 times more energy than the Hoover Dam produces within that same period, and that was a hydro-electric construction project that took six years and cost $760 million in today’s dollars.”

Besides energy, there are also land issues that surround wide-spread DAC deployment. Stationary DAC operations at any meaningful scale will require large areas of land to build their equipment and even more to construct renewable sources of energy to power them. Moreover, even with efforts to save the world, obtaining the necessary permits, conducting surveys, meeting zoning requirements, and achieving community acceptance is necessary and takes both time and money. Obtaining the proper permits to build these industrial-looking operations can be difficult and many residents would be opposed to these large facilities being built near their towns and cities or on land that is important to them. “It’s a huge problem because most everybody wants to fix the climate crisis, but few are happy to have it done in their proverbial ‘backyard’. CO2Rail does not require special zoning, surveys, or building permits and would be transient and generally unseen by the public,” says Geoffrey Ozin, a nano and materials chemist and Albert Einstein World Award of Science medal recipient at The University of Toronto.

The authors argue that rail-based direct air capture becomes an even more attractive climate solution because much of the required infrastructure is already in place and the energy is there, just waiting to be utilized. “The infrastructure and energy already exist,” says Ozin. “That’s the bottom line. All you need to do is take advantage of what is already available.” With rail being 3x – 5x more efficient than truck, increased rail utilization and greater CO2Rail deployments will have a positive impact beyond the carbon it removes from the atmosphere.

“We could get a positive feedback loop where the increased utilization of rail not only reduces transportation emissions but also increases CO2 capture potential which then encourages even more utilization of rail,” says Bachman. “By increasing rail utilization, you increase the efficiency of the entire transportation system and, additionally, you increase CO2Rail’s ability to remove CO2 from the air because there are now more trains to which DAC cars can be attached.” The potential impact of this technology was also recently energized when European transport organizations announced earlier this month that they are committed to tripling high-speed rail use by 2050 to curb CO2-heavy air travel.

“Imagine stepping onto a train each morning, seeing the CO2Rail cars attached, and knowing that your commute to work each day is actually helping to mitigate climate change,” says Bachman. “It will work the same with freight, if there is a choice between rail and another mode of transportation, I think this technology will sway many shippers towards rail.” The team says that each direct air capture car can harvest about 6,000 metric tons of carbon dioxide from the air per year and more as the technology develops. Moreover, since trains are capable of hosting multiple CO2Rail cars, each train will harvest a corresponding multiple of CO2 tonnage. With its sustainable power requirements exclusively supplied by train-generated sources that are without incremental cost, savings of 30 – 40% per tonne of harvested CO2 can be realized from energy inputs alone.

“This, along with other significant savings such as land, brings projected cost at scale down to less than $50 per tonne and makes the technology not only commercially viable but commercially attractive”, Bachman says. “These kinds of numbers are unheard of in direct air capture,” continues Ozin. “At these price points and with its tremendous capabilities, CO2Rail is likely to soon become the first megaton-scale, first gigaton-scale, and overall largest provider of direct air capture deployments in the world.” Even more, the team is also working on a similar system that can remove the CO2 emissions from the exhaust of diesel-powered locomotives as are universally common in North America and other parts of the world. With the growth of sustainably-sourced rail electrification systems, this point-source capability on diesel lines would make rail the world’s first carbon-neutral mode of large-scale transportation. “Carbon-neutral in regular transportation and then significantly carbon-negative with ambient air DAC operations. A win, win in every respect and a ‘save humanity’ technology,” says Ozin. 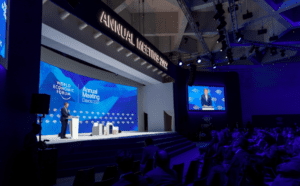 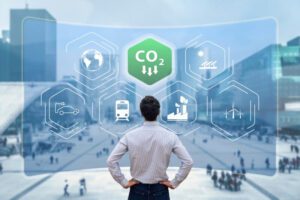 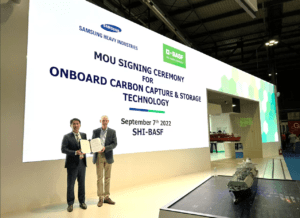 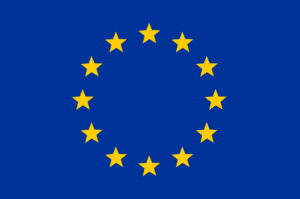