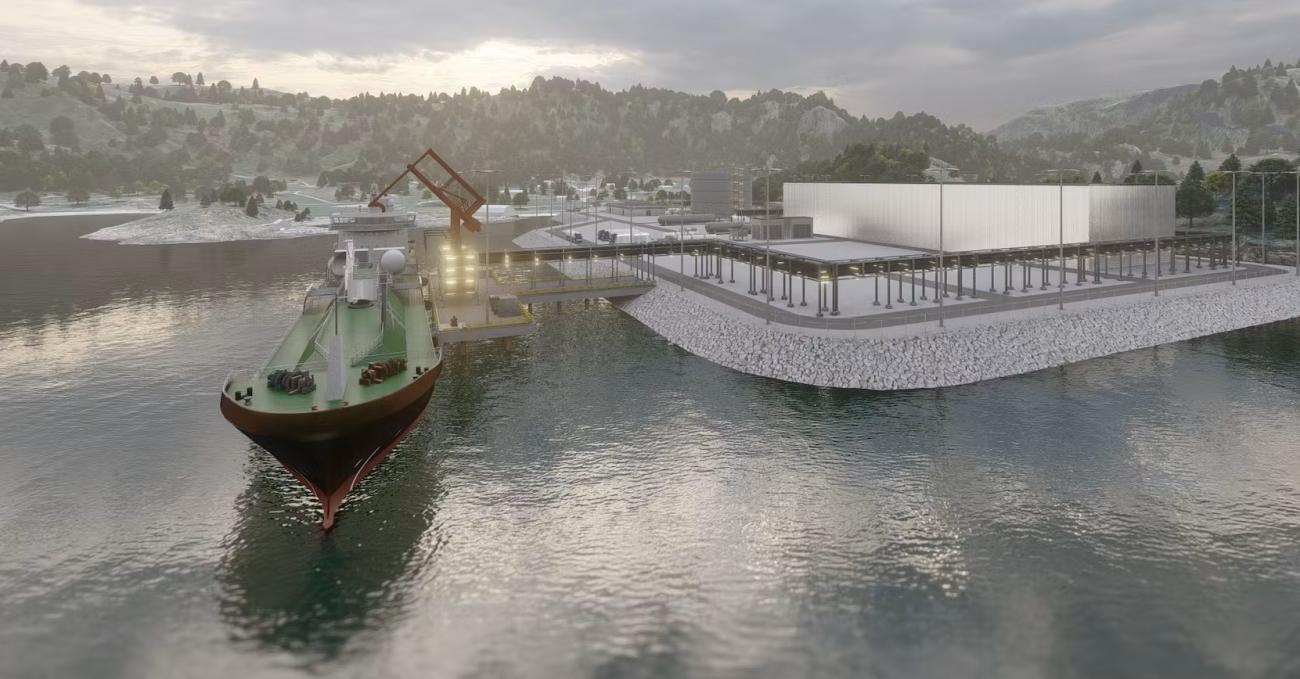 Horisont Energi has entered into an option agreement with Haugaland Næringspark to locate the land- based CO2 terminal for the Errai carbon capture and storage project to Gismarvik in Rogaland, where Haugaland Næringspark has one of Norway’s largest industrial areas. The infrastructure is already in place in the area, with access to fibre, electricity, water, and sewage, and a large harbour basin with a deep-sea quay ideal for the Errai project.

The CO2 terminal will receive CO2 from both European and Norwegian customers, including from the planned CO2 terminal in the Port of Rotterdam. Errai is the first commercial CO2 storage project in Norway, and it can have a major impact on the development of the carbon market in Europe. The project is a collaboration between Horisont Energi and Neptune Energy.

“We are pleased to announce this agreement with Haugaland Næringspark after a thorough process to find a suitable site for this large carbon capture and storage project. This will be an exciting contribution to the work of developing new green industry and infrastructure in Rogaland. We see increasing demand for CO2 storage in Europe and we will build up a European value chain in the market for carbon capture and storage. This can play a key role in the transition to net zero emissions,” says Bjørgulf Haukelidsæter Eidesen, Managing Director of Horisont Energi.

In addition to the onshore terminal for intermediate storage and the quay facility, the Errai project will also include an associated offshore reservoir for permanent storage of CO2.

“This is an important step for the development of large-scale carbon capture and storage and paves the way for a value chain that is crucial for reaching the climate target of net zero emissions by 2050. We look forward to leveraging both our oil and gas operations capabilities as well as our significant experience from operating carbon capture and storage activities.” Says Odin Estensen, Neptune Energy ‘s Managing Director of Norway and UK.

The Errai project is a key contributor to Neptune ‘s goal of storing more than carbon is emitted from the production and use of its sold products by 2023. Horisont Energi and Neptune Energy have already applied to the Ministry of Petroleum and Energy for storage of CO2 in the announced area on the Norwegian continental shelf.

The award of a licence from the Ministry of Petroleum and Energy is expected to be announced during the first half of 2023. The project will be in operation in 2026.

The planned CO2 terminal at Gismarvik will have a design that meets the requirements of the EU taxonomy regarding environmental issues and safety. Errai can store between four and eight million tonnes of CO2 per year, with the possibility of storing more in later phases of the project. Horisont Energi recently announced that E.ON will store more than 1 million tonnes of CO2 annually in Errai.

The CO2 terminal with the planned offshore infrastructure represents new industrial opportunities for Haugaland Næringspark and other industries in Haugalandet.

“It is a pleasure to start the year by consolidating Haugalandet and Rogaland as the centre of the green shift in Norway. This agreement means that the region now has an important part of the infrastructure for CO2 capture and storage. The establishment does not require the largest areas in the business park but is of great importance to decarbonise and restructure existing industry and to facilitate new industrial establishments and jobs. We are really looking forward to the cooperation and look forward to the dialogue with industry players who with this news see even more opportunities with us, says Tiril Fjeld, general manager of Haugaland Næringspark.

In the autumn of 2022, Horisont Energi and Neptune Energy hosted a supplier screening day. It was a successful event and there was great interest for the new climate project in the supplier market. Horisont Energi and Neptune Energy have recently awarded contracts for various concept studies for the early phase of the project. In the future, further studies on environmental and safety requirements in line with the EU taxonomy will be carried out.

Horisont Energi and Neptune Energy aim to deliver a project that meets future environmental requirements and helps to set a standard for such facilities and thereby become a reference project for CO2storage in a Norwegian and European context.

About this Featured Story

All images were taken before the COVID-19 pandemic, or in compliance with social distancing.